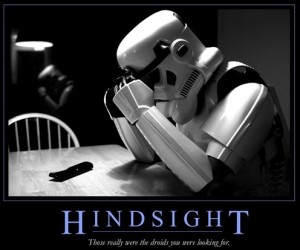 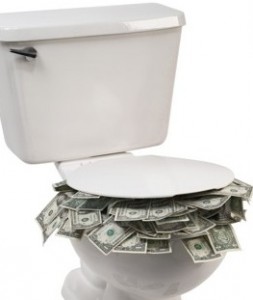 I’d rather own a sand castle than Treasuries.

You lock in $180 profit on your investment.  For almost no risk.

Or… with that same $100k, you could buy a perfectly rehabbed rental house in a nice neighborhood.  At the end of the year, after taxes, insurance, maintenance and professional property management, you would passively pocket at least $6,000.

$6k in annual rental income… even if the house never went up in value.  With minimal risk.

Oh… by the way… did we forget to account for inflation?

Even the most optimistic projections are betting inflation will exceed 2% for the next year.

That’s right… it’s no risk… but you automatically lose money….

By contrast, your rental house will make you $4,000 AFTER inflation….and you will probably raise rents next year.

I guess it all depends how you define risk, right?

Everybody says you can get rich in real estate…. starting with nothing.

Do you really believe that?

Or do you think it takes money to make money?

How many books or gurus tell you to just get a cash advance on your credit card to get started?

But now? If you are lucky enough to still have credit, do you want to risk it?

Debt is a tool.  A hammer can drive a nail or split a skull.  It all depends on the experience and intentions of the person wielding the tool.

Debt is usually a horrible tool in the hands of a beginner.  The leverage that can make you rich can also make you bankrupt.  The idea that you should use credit cards to make your initial investment?  Insane.  A bank loan for investing?  Good luck with that.

So how do you get started?

Partner.  Your uncle has an IRA.  Your Mom has a savings account.  Your mechanic has a little cash but no time.  Your local Real Estate Investor’s club has at least one person who has money, but is looking for the right deal.  Find the deal, then find the money.  Do the work and split the profit.

Bird-dog.  Sniff around.  Run all over the place. Find a deal.  Then find someone who wants the deal.  You are the wholesaler, they are the retailer.  You make a little.  They make a lot.  Find the deal, then find the money.  Find enough good deals, and you can move from occasional bird-dog to a full time Wholesaler.  Lots of Wholesalers decide that is their favorite niche, and they never go into Retail.

If you don’t have money, you have to be willing to do the work.  You have to do the searching, screening, driving and talking.  Don’t expect the guy with the money to do any heavy lifting.

I can’t count the number of times I’ve had a Noob ask to partner, but they didn’t have money.  Or experience.  Or a deal.  Why would they think anybody would waste time partnering with them, when they brought nothing to the table?  What they were really asking was for me to take them by the hand, do everything, and let them make money.  Really?  Is that how YOUR world works?

So it is simple.  Find a deal.

But just because it is simple, doesn’t mean it is easy.

It is really a lot of work.  If you think you have found the right deal after looking at 10 houses, you are either very lucky…. or just wrong about whether it’s the right deal.

Better to do the work than go into debt to get started.