It doesn’t seem to matter how long you do something… there is always something new to learn.

In the past week we’ve had two “learning experiences” I’d prefer to have skipped.

1. You Need Accurate Info at the Foreclosure Auction

Accurate information is a must.  Everybody knows that.  But we learned today  information can be “accurate” and “misleading” at the same time.

We have a spreadsheet listing every property for each day’s foreclosure auction.  Our list has all the information we think we need to make intelligent decisions… case number, names, address, size, year, type of construction, etc.  This way if the bank offers a deep discount on something we didn’t see, at least we have a fighting chance of deciding whether to bid.

Well, there wasn’t much of interest at this particular sale.  But there was one property where the bank’s maximum bid seemed really cheap.  We were generally familiar with the area, even though we had not seen the particular house.  It was a new house, on a little bit of land, in an area of farms. And it sounded like a great deal.

Then we drove out to see our new house.  And then we realized our mistake.

Well… the mistake of the person who prepared our spreadsheet.

A 2008 house would have been a no-brainer… easy rehab and flip for top dollar.

We bought a great house about a month ago.  The owners had done everything they could to keep the house… filing answers, counterclaims, motions and appeals.  They had even filed a separate federal lawsuit, alleging the foreclosing bank committed fraud.  ALL of this crap had been summarily dismissed.

We had to evict the owners, who still thought the federal lawsuit protected them (even though it was dismissed months earlier).  They were a little nasty about it… telling our agent that he needed to find a better job, wasn’t getting paid enough, and didn’t know what he was talking about.  However, once the Sheriff posted the writ, they moved all their things.  Surprisingly, they even left the house relatively clean.

So we rehabbed (tile, carpet, counters, paint, pool screen, etc) and put the house on the market.  Got a contract right away at our asking price.

Great.  Just the way it is supposed to work.  Everything is perfect.

Then right before closing, the old owners filed a “lis pendens” in the public records.

Now, all a lis pendens does is warn people a property is involved in litigation.  This particular lis pendens is complete bullshit… it references the state foreclosure case and the federal case they filed… both of which have been dismissed and appeal times have run.  So the “pending” action it supposedly warns of is non-existent.  And it doesn’t even give the property address, so it doesn’t meet the definition of a lis pendens either.

There is absolutely no merit to their claim, and we 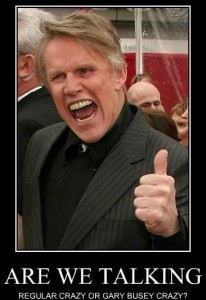 will have it resolved within a week.  Luckily, we know exactly what to do, and can handle this inexpensively and quickly, since we don’t have to hire outside legal counsel.  More importantly, these owners filed their bullshit paperwork with enough lead time that it won’t screw up our closing.

But you can’t predict Crazy.

And if this had happened to another investor… or happened a little closer to the closing… it could cost a LOT of money.  And it could cost the deal.  Obviously Crazy Owner has no money… so even if the court sanctions them for wasting everybody’s time, good luck collecting.

Just another risk of buying foreclosures at the auction.  Luckily this one wasn’t our fault and could never have been predicted….

What other risks have you seen at foreclosure sales?  What have Crazy People done to mess up your investments?

What kind of property should you focus on buying?

If you are flipping, it’s simple– buy whatever you can sell quickly and profitably.

But first, you first need to know:

In our market, these are very simple answers.

We know our buyers are looking for entry-level homes (most are first time buyers).  There are also a large number of “consolidated families”, so they need a fair amount of room.  Our buyers are very cost conscious and are looking for a great deal.  They want an affordable mortgage, and they want the most bang for their buck.

We’ve developed the following standards for evaluating homes and neighborhoods.  90% of the homes we buy fall under these guidelines.

Anything under 1,200 square feet of living space (air-conditioned area of the home) is 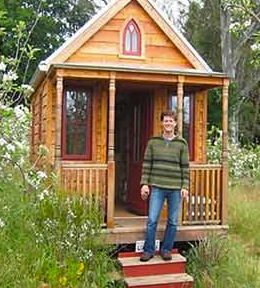 difficult to sell.   A house that small is usually a two bedroom, and only about 15% of buyers are interested in these smaller homes. So if you want the broadest appeal, make sure you stay away from the small houses.  Our exception to this rule is in one of several large retirement communities, where a 2 bedroom is common and desirable.

The sweet spot in our market is 1,600-2,000 square feet of living space.  That’s generally a 3 or 4 bedroom house (sometimes with a bonus room).  That’s big enough for families (even with an unexpected long-term guest or two), but still very affordable.  Anything bigger than that, and the price is usually too high to attract a large number of interested buyers.

Our market data shows 87% of all single family homes sold in the past year were under $150,000, while 65% were sold for less than $100,000.  That doesn’t mean you can’t make money on more expensive homes, but be aware of just how many buyers you are excluding when you get to those higher price points.  If you want multiple offers on a house within a week of listing it…. stay under $75k.

Look for a Garage or Carport with Storage

Most of our buyers are younger couples with children.  They have cars, toys, mowers, hobbies, and lots of stuff.  They need a place to store all this stuff.  As a result, a house without a garage takes considerably longer to sell, especially if it is in a neighborhood where the other homes have a garage.

Buy the Ugliest House on the Block

With a house, you can always fix ugly.  Pressure washing, mowing the yard, hauling off

trash, a fresh coat of paint, newly planted flowers, a new roof…. knocks the ugly off pretty quick.  But make sure your pretty new house is just a little nicer than all the other houses.  If it is obviously that much better than its neighbors once you are done, you’ve “outbuilt” the area and won’t get the best return on your investment.

We had a building boom from 2004 to 2007, right before the crash.  A lot of these were “spec houses” that were never occupied by the original owner, and they still make up most of our foreclosure market.  With all these “new” homes (less than 10 years old) flooding the market at very competitive prices, it is much more difficult to flip an older home.  The older homes, in well established neighborhoods, make fantastic rentals or owner-finance properties, but are very hard to flip to people who have seen all the “new” homes out there.

Want to learn how to value a foreclosure?

Interested in how investors decide their maximum bid at the foreclosure auction?

This new video from 4ClosureFlipping.com walks you through the steps of

If you found this video helpful, we would appreciate if you would take the time to give a thumbs up on Youtube and/or share this post through your social links!