It doesn’t seem to matter how long you do something… there is always something new to learn.

In the past week we’ve had two “learning experiences” I’d prefer to have skipped.

1. You Need Accurate Info at the Foreclosure Auction

Accurate information is a must.  Everybody knows that.  But we learned today  information can be “accurate” and “misleading” at the same time.

We have a spreadsheet listing every property for each day’s foreclosure auction.  Our list has all the information we think we need to make intelligent decisions… case number, names, address, size, year, type of construction, etc.  This way if the bank offers a deep discount on something we didn’t see, at least we have a fighting chance of deciding whether to bid.

Well, there wasn’t much of interest at this particular sale.  But there was one property where the bank’s maximum bid seemed really cheap.  We were generally familiar with the area, even though we had not seen the particular house.  It was a new house, on a little bit of land, in an area of farms. And it sounded like a great deal.

Then we drove out to see our new house.  And then we realized our mistake.

Well… the mistake of the person who prepared our spreadsheet.

A 2008 house would have been a no-brainer… easy rehab and flip for top dollar.

We bought a great house about a month ago.  The owners had done everything they could to keep the house… filing answers, counterclaims, motions and appeals.  They had even filed a separate federal lawsuit, alleging the foreclosing bank committed fraud.  ALL of this crap had been summarily dismissed.

We had to evict the owners, who still thought the federal lawsuit protected them (even though it was dismissed months earlier).  They were a little nasty about it… telling our agent that he needed to find a better job, wasn’t getting paid enough, and didn’t know what he was talking about.  However, once the Sheriff posted the writ, they moved all their things.  Surprisingly, they even left the house relatively clean.

So we rehabbed (tile, carpet, counters, paint, pool screen, etc) and put the house on the market.  Got a contract right away at our asking price.

Great.  Just the way it is supposed to work.  Everything is perfect.

Then right before closing, the old owners filed a “lis pendens” in the public records.

Now, all a lis pendens does is warn people a property is involved in litigation.  This particular lis pendens is complete bullshit… it references the state foreclosure case and the federal case they filed… both of which have been dismissed and appeal times have run.  So the “pending” action it supposedly warns of is non-existent.  And it doesn’t even give the property address, so it doesn’t meet the definition of a lis pendens either.

There is absolutely no merit to their claim, and we

will have it resolved within a week.  Luckily, we know exactly what to do, and can handle this inexpensively and quickly, since we don’t have to hire outside legal counsel.  More importantly, these owners filed their bullshit paperwork with enough lead time that it won’t screw up our closing.

But you can’t predict Crazy.

And if this had happened to another investor… or happened a little closer to the closing… it could cost a LOT of money.  And it could cost the deal.  Obviously Crazy Owner has no money… so even if the court sanctions them for wasting everybody’s time, good luck collecting.

Just another risk of buying foreclosures at the auction.  Luckily this one wasn’t our fault and could never have been predicted….

What other risks have you seen at foreclosure sales?  What have Crazy People done to mess up your investments?

Walking from a deposit is tough.  It is a sunk cost.  But pride keeps us from cutting our losses and moving on.

Today I bid on a house I should not have bid on.  I did it to mess around with a process server who was bidding for a lawyer who didn’t show up.  Funny how many of my learning experiences start with me trying to teach somebody else a lesson. The auction ended and I was high bid. I paid the deposit in cash…. knowing it was probably lost money.  Luckily it was only $600.  In this county, you pay a deposit equal to 5% of the bid amount… cash or cashiers check.  The bid was a bit over $10k.  The balance is due the next day. 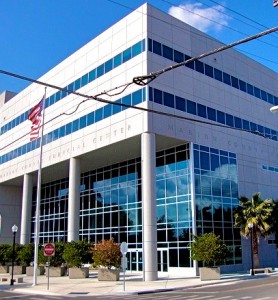 I had no business bidding on this particular case.  I had not done a title search on that property- in fact I did not even read the judgment.  I just knew it was a crappy lot with a crappy mobile…. and I’ll gladly pay $10k for a crappy lot and a crappy mobile.  Turns out the foreclosing plaintiff only had a lien on the lot…the mobile home was a separate loan.  So that means just a crappy lot.  And the lot isn’t worth $10k. I know better.  You just don’t bid when you are ignorant.  And I was ignorant. 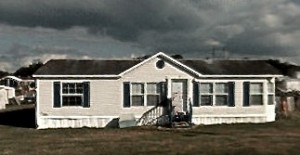 We spent all day scheming ways to make it work.  Short-term rental, short the mobile loan, reset the sale, check on the taxes. And lots of other low-return ideas.  But I finally realized I didn’t give a damn about the mobile or making a profit… I just didn’t want to lose the $600.  I wanted to prove we could pull out of the death spiral, even if I threw another good $10k after the bad $600.  That’s just stupid.

I know we could have made it work.  But why?  Pride.  That’s not a good enough reason for a real investor to make a buy.

So we let the Clerk of Court know I was defaulting on the bid. Luckily we just lose the deposit– some places ban you from bidding for a few months when you pull a stunt like that.

Walking from deposits is part of the foreclosure game.  You are always rolling the dice and hoping the house turns out the way you expect.  I’ve walked from deposits on houses that looked great on the outside, but had no wiring inside.  Foundation issues… asbestos… mold.  These are all things that can be fixed.  But sometimes the smarter decision is to cut your losses… and walk from the deposit.